Episode 18 – How to Cultivate Meaningful Relationships in the Workplace

Under the Bodhi Tree

Episode 18 - How to Cultivate Meaningful Relationships in the Workplace
In this gratitude Sunday episode, Tommy P talks about the reason why you should get out of your comfort zone and reach out to people in the workplace or other social environment that you frequent. Tune in with Tommy P under the enlightened bodhi tree! 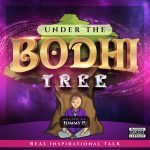 A lot of people find that bonding, or they cultivate this comradery from just talking sh^t about other people. I implore you to please stop that sh^t immediately and moving forward…

Good morning, good afternoon, and good evening. Happy Sunday! Today we’re going to talk about how to cultivate great relationships in the workplace. Well, not just in the workplace, in any kind of environment where there’s a lot of people. Since today is going to be a podcast that’s released on a Sunday. I’m going to take an extended time for being grateful for the things that I do have in my life.

Do you work in an environment with a lot of people and you want to cultivate great relationships in these environments, well, you’re in motherf&#king luck today because I have four different tips on how to make that happen for you and sure. I understand some people might live by the motto. Oh, I came to work for a paycheck. I’m not here to make friends. Well, this podcast is not for you. So get the f&#k out. But for the rest of you, let me emphasize real quick on why is really important to go to environment where you feel accepted. Because you feel motherf&#king accepted. That’s the only motherf&#king reason. Why would you want to go anywhere that you don’t want to physically be? And it makes you motherf&#king sad. So it’s really important, if you can, and it is. To go outside of your comfort zone and create that environment for yourself. If it’s at work, reach out to people, get to know people. So when you do come to work, it’s something you look forward to. It’s an experienced you look forward to. So it’s not a toil. It’s not grinding out that 9 to 5, right? Even though if you want to get out of that 9 to 5, work on your side project, but in your current environment, make it so that you at least enjoy the environment… If you’re going to be there 8 to 12 to 20 hours a day, I don’t know. I don’t know what country you’re from, but in America, eight hours a day, eight and a half with lunch, it’s normal. 12 hours for some, because we got those weird shifts. I come to work and I make it entertaining for myself. I like my environment to be happy and funny. And however I want to create it, right. I might stir up some sh^t only because you know, I’m a kid sometime. And I just want to have a little fun, nothing with mal-intent or ill intent. I just want to play around that’s all. But when it’s time to do work and it’s time to put my motherf&#king foot down, that foot is down on the ground.

So let’s talk about tip number one, tip number one, simple. Say hello. That’s it. You see somebody, they intrigue you. They pique your interest. You’re curious about them. When you see them, it’s not being a bitch and say hello! Hello! Hey, hello. How are you? Simple! And if you have the cojones for it or the balls for it, introduce yourself. Hey, hello. My name is Tommy P. I just wanted to introduce myself and welcome you to this place. If they’re a new person or if you’re the new person, I’m a new guy here. I just wanted to really touch base with everyone. Know who everyone is and stuff like that. Just introduce yourself, man. Be open man or woman. Know what I mean?

Tip number two coincides right after this is be curious about them. Ask them, how long have you been here? Oh, what job did you have before? Tell me about yourself. What do you like about what you do here? What do you hate about what you do here? What’s hard. What’s easy. Just be very curious about why are you wearing that? Where did you get your tattoo? Nice shoes. Where do you buy that? Just be very curious about them. It’s that f&#king simple? You see, the more you’re curious about other people, the more, chances are they might want to open up. Like finally, somebody wants to talk about me. Like I said, on another episode, people love talking about themselves. So all you gotta do is just be curious, ask the right questions and just let them f&#king open the flood gate of their motherf&#king life and put it on a platter for you to see. Well, Tommy P what if you meet people that just don’t want to know you. They’re not friendly, they’re… I try to be curious, but they just won’t open up. What do you do? Well? Hmm, that’s a good question. I’m glad that you asked. You just let them go, that’s it. Just let them go. Let them be. You knew that you were open and you were friendly and you approached them. And if they closed the door on you, well, my friend, you show them love and be on your way. That’s it don’t expect people to like you, you should be secure in yourself if they don’t like you, they don’t like you. You’re just not that person’s cup of tea. No worries about it. Things that are outside of your control. Let that sh^t go. Only worry about things and do things that you have control over. Now, these next two steps or two tips rather are relationship enhancers.

Number three, do not participate in gossip. If there is one thing that I hate more than complaining in the workplace, it’s okay to complain if you’re there to make a change. But if you’re complaining for the sake of complaining, just shut the f&#k up. But if there’s anything I hate more than that is the act of gossiping. I don’t hate the people, I dislike intensely the act of gossiping. Why are you and the people you know at work, indulge yourself in other people’s business. I guess that’s not too bad, being curious or being nosy about other people’s business. But if it’s not your business to tell, then shut your pie hole. That’s absolutely disrespectful to the person in question that you are talking about. And I understand a lot of people find that bonding, or they cultivate this comradery from just talking sh^t about other people. I implore you to please stop that sh^t immediately and moving forward. Talk about something else. Passion, vision, goals. What would you do if you had all the money in the world, what kind of dreams that you dreamt when you were a kid? What would you like to achieve in this life before you die? What will you like to experience? Is there anything that you enjoy? What do you like doing on your free time? These kind of questions are the questions that will help bond you with the person that you are talking with, in a more positive manner. And it brings so much enthusiasm and passion and emotion, all the good juicy stuff that will help cultivate the relationship that you have with them. So the next time that you have the inclination to talk sh^t or gossip about another person, or if you hear that, walk the f&#k away. And if you were about to talk sh^t, shut the f&#k up. So if you do talk about anyone else, when I do talk about anyone else to someone, I always say great things, or I base them on facts, or I have them come within the circle that I’m talking to, or talking with. And I include them in that conversation. I intensely dislike the act of gossip. Eleanor Roosevelt said “great minds discuss ideas, average minds discuss events and small minds discuss people.” So next time when you hear gossip, run the f&#k away. When you have that itch that you want to scratch, which is gossiping, shut the f&#k up. You’ll make the world a better place for doing so.

All right, here we are tip number four, the final tip on how to cultivate, meaning relationships in the workplace. And really this applies to any kind of environment with a lot of people that see each other a lot, be somebody that they can confide in. When somebody tells you something that they wished to be kept secret, simple, keep it a motherf&#king secret. It’s very simple because if you can’t keep it a secret, they are not going to trust you anymore. They can’t tell you their inner deep, darkest secrets or even juicy secrets, right? But unfortunately, a lot of people… Way too quick, rumors spread really, really fast. And then when they find out you are the source of unleashing the Pandora box of their secrets, they no longer want to f&#k with you. They feel that they were disrespected and they don’t have any more confidence in you as a person, they’ll feel down on themselves. They thought that they could trust you. And you’re just another one of them that they can’t trust. Finally, I open up to a person and they f&#ked me over.

So moving forward, remember that. One, say hello, introduce yourself. If you want to get to know this person, number two, be curious, ask questions that that really, really intrigues you about them. Three don’t participate in the act of gossip. Next time you feel like you want to talk sh^t, shut the f&#k up. Or bring it up to the person in question, don’t talk behind their back. Be a motherf&#king man, or be a motherf&#king wonder woman. Be straight with them. Don’t talk behind people’s back. And number four, be somebody that people other people can confide in.

All right. So that is the conclusion of episode number 18. Oh my Lord. Can’t believe it’s 18 already. Oh my God is 18. That means it’s legal to f&#k. So anyways, I’m going to plug my blog and stuff again. I know, I know. It’s my stuff. I’m proud of it. I work on it. So I have to tell people, Hey, I got other stuff as well, have a blog, higher self concept dot com, Instagram, YouTube, higher self concepts. For both of them. If you liked this kind of content, you will find the content on those places and sources interesting as well. So again, I want to thank you so much for joining me on this beautiful motherf&#king Sunday. I hope and wish that you go out there and cultivate beautiful f&#king relationships that will blow your motherf&#king mind. That will make your heart melt. And until next time, this is Tommy P. Under the Bodhi Tree. I bid you all farewell. So peace the f&#k out.

My very first thought when I became aware of my very own consciousness in this earthly world was... "whoa... why are we here? what's the meaning or purpose to life?" I was never able to shake these questions... So come join me on my podcast of rants on many different topics that will assist you in seeing things through a rose-colored lens and on living a life of well-being.

Under the Bodhi Tree Podcast

How to Use Tools and Technology to Enhance Your Yoga Practice

Is Pride a Good or a Bad Thing?

How to Get Rid of Ego

How to Get out of a Job You Hate

Have a question for us?